Don’t count on RATP to take your American Express card (or to give you change for that matter)…
In short, if you want to use your AmEx to recharge your Navigo pass every month, it’s possible by going to an authorized merchant to recharge your pass instead.

Recharge your Navigo pass with AmEx

Many RATP-approved shops (bookshops, newsagents, tobacconists, etc.) are available to buy your t+ ticket booklets and top up your Navigo monthly and weekly passes.

Passes can be topped up:

Ask about it, but normally they should take your amex, which will solve your problem. 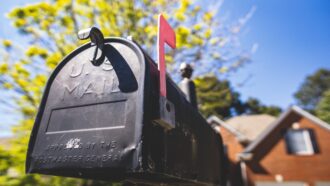